Butte’s Piss & Moan Runners present…
The Whiner Award for the most professional (cry baby) pissin’ & moaning about nothing. 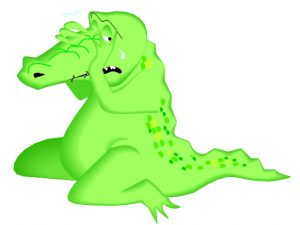 Whiners beware. This award could soon belong to you.

The award has a long and inglorious history that is tightly bound to the origin of Butte’s Piss & Moan Runners.

Since 1994, Bruce “Red Dog” Robinson and the other founding Piss & Moaners have met for morning coffee at Perkins Family Restaurant, and the late John “Wulfman” Wulf was among that group.  One morning over coffee in 1996, Wulfman complained incessantly about his previous day’s run with Bruce, and Wulf’s rash of negative comments inspired Bruce to formulate his fateful and now legendary plan. Bruce decided to tease the whining out of Wulf by presenting him with a tampon during the next morning’s coffee.

Wulf lovingly embraced the tampon and the idea behind it. He took the tampon home and taped it to the manila folder on which he began penning other runners’ objections and excuses.

The tampon trophy eventually started being awarded to the club’s other whiners. And it is still circulating, but with a few added odds and ends collected over the years.

The award even developed rules of engagement … your whine must be witnessed by at least two other people, and once you ‘win’ the award, you must keep and protect it until you award it to someone else.

Current and past award winning whines:

“Don’t start on me. I’m working on no sleep.” – Bruce Robinson, 19 June ‘12, in response to the statement “You don’t have your running clothes on.”

“My balls are frozen and I don’t even have any!”  – Angie Welles, 7 April ‘12. Being forewarned about snow, Angie still insisting on running through Durant Canyon. There was ancle-deep fresh snow there and the last long stretch was into a strong headwind. Afterward, Angie whined liberally, but many of her whines were too profane to exhibit publicly. The whine posted here was her ‘cleanest.’)

“Now I hate to break this to you, but as much as I like to declare with pride that we’ve not run a single workout on the track, I’m discovering that there are some runners itching to test their speed on that ‘evil oval’. We haven’t confirmed next week’s workout yet, but fair warning – we may be running in circles. If you’re looking for a workout where you get to chase your tail, then we hope you’ll join us.”  – Michele Bazzanella, 28 July ‘11email to Tuesday workout group.

“I will try to show – if you aren’t running that forsaken hill!” – Michele Bazzanella, Nov ‘10 Facebook post

“I had the hardest relay leg. Mitch cheated on his time. Georgia and Eddi had the easiest course.” – Don Tamietti

“From up here that cattle guard looks like looking at Butte from the Lady of the Rockies.”

“I’m not running the race. The shirts are ugly.” – Eddi Walker

“It is so cold out here that my watch froze.” – Keri Petritz

“You guys would have waited for Eddi. But you won’t wait for me!”

“I hope someone’s going to bring me the cinnamon rolls. I’m not sure I can make it down the hill to them.”

“Where was that cloud 20 minutes ago?”

“If I run that race my knees will be the size of grapefruits.” – Amber Wood-Jensen

“You can tell the person that parked the car didn’t run a marathon.” – Wulfman

“I thought that was the course.”

“I may get blisters. I forgot my running socks.”

“If you like running in a foot of snow, in deep ruts, you will love the Snow Joke.”

“Oh, I can’t do the hills behind Tech, but change to the church and I’ll be there.” – Ray Ueland (no show)

“This is a lot steeper than yesterday.”

“Now I wish I would have run at Pony.”

“A half hour ago the snow was melting.”

“I can’t make it. I’m too sick (cold) after spending the night drinking.”

“I thought it was Tuesday.”

“I left my clothes at home.” – Ray Ueland

“My clothes are in my wife’s car.” – Ray Ueland

“My track is locked in.”

“I didn’t hear the starting gun.”

“Bruce runs away from me.” – Cheryl “The Warden” Peterslie

“My car will get dusty.”

“My wife said I can’t play with you guys.”